This package works exclusively within the Enso ecosystem.

The front end assets that utilize this api are present in the ui package.

For live examples and demos, you may visit laravel-enso.com 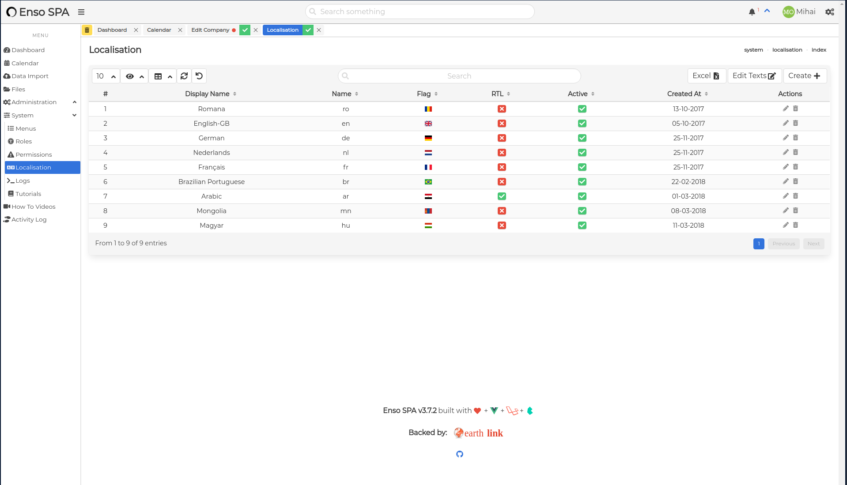 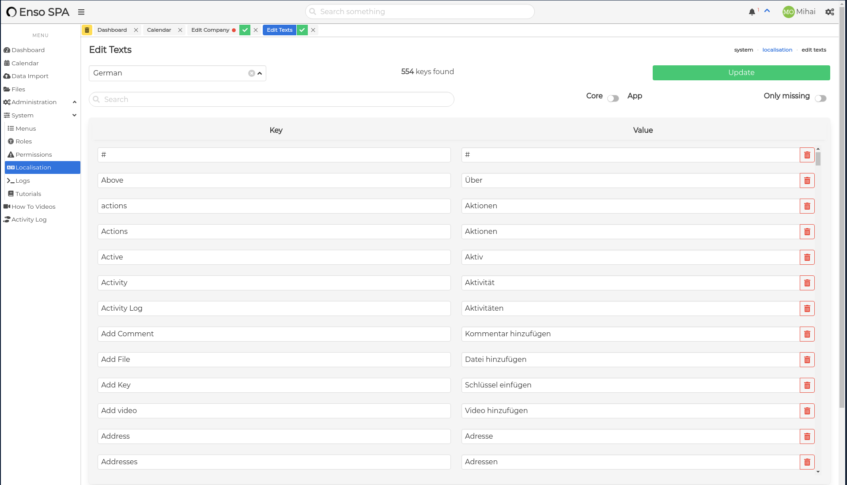 Please note that because we want to keep the compiled size down, throughout the enso ecosystem, icons are imported selectively.

What this means for the localisation package, is that when adding a new language, you should also make sure you import the required flag icon SVG and declare the corresponding class. The proper place to include the new icon is:

First off, thanks for taking the time to contribute a new language and translations.

For country flags, we're using the flag-icon-css library, so make sure to take a look and identify your country's xx 2 letter iso_3166_2 standard short name.

Due to the modular structure of the project, a few steps are necessary:

Any translations you add will be saved directly in the localisation package.

At this stage, you've made the necessary changes, and everything should work, after compiling the front-end assets with yarn build (from within the client folder).

Next, we need to commit all updated files to their respective repositories, since we've been working on the published resources as well as directly in the node_modules directory.

The core translations you have added should already be in the xx.json package file.

Make pull requests for these three packages, with the files mentioned above.

First off, thanks for taking the time to contribute with translations for the project.

From time to time, as the project grows, new text/keys are added and the translations need to be updated. If you notice missing translations, and want to add them, please follow the steps below.

are welcome. Pull requests are great, but issues are good too.

This package is released under the MIT license.